The Visual Design project designed for Istituto Nazionale di Fisica Nucleare on the occasion of its Open Labs builds on the concept of play and develops into the claim Playing with science. The atom is the key factor in the whole concept.

As being highly identifiable and familiar to the collective imagination, the atom enables communication with the wide target of the event. The visual is also given a technological appearance due to the three-dimensionality which the project is based on, and to the use of blue and green as distinctly scientific colours.

Particles of Sense. Flows.Forces in Movement. 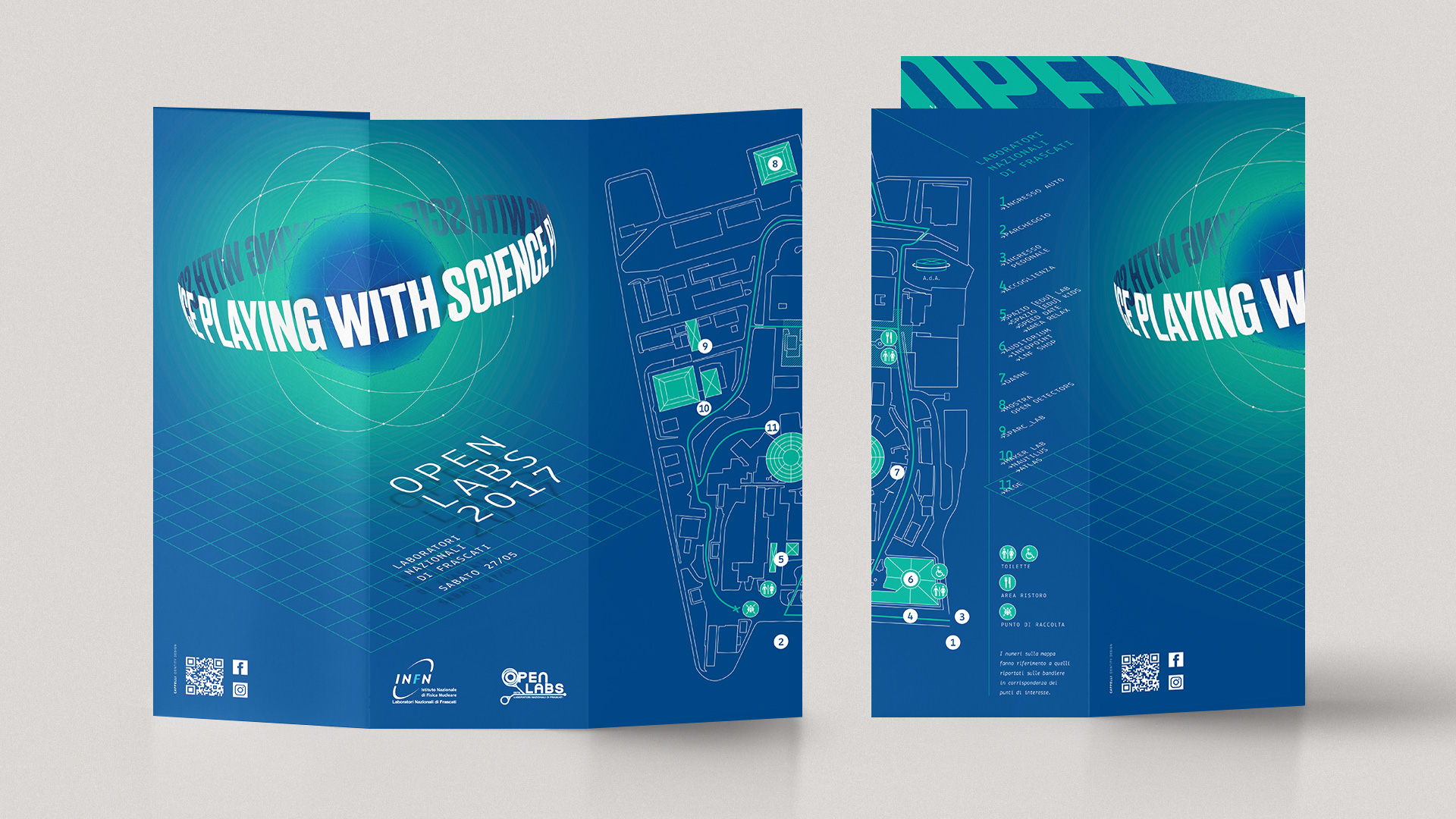 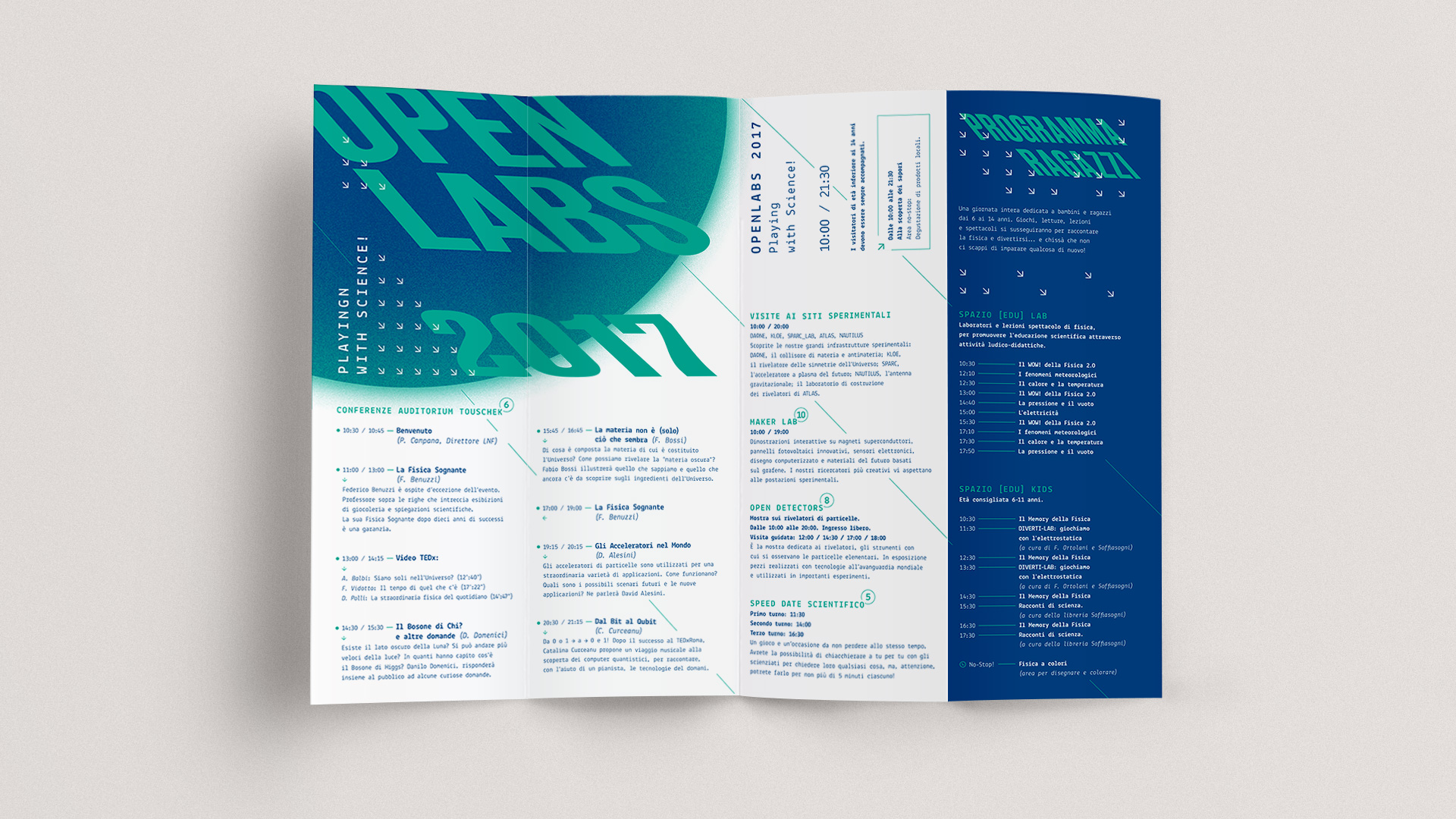 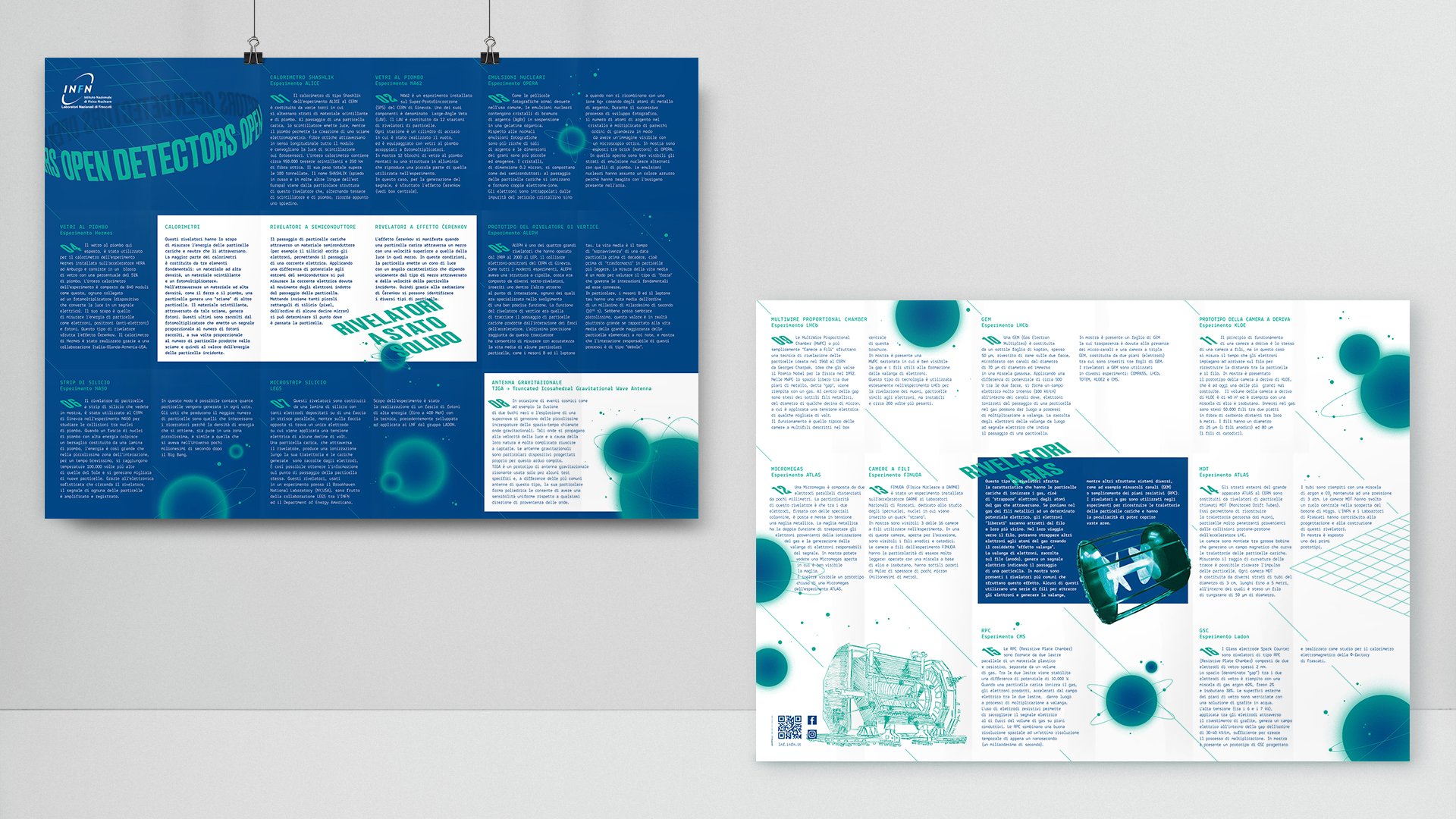 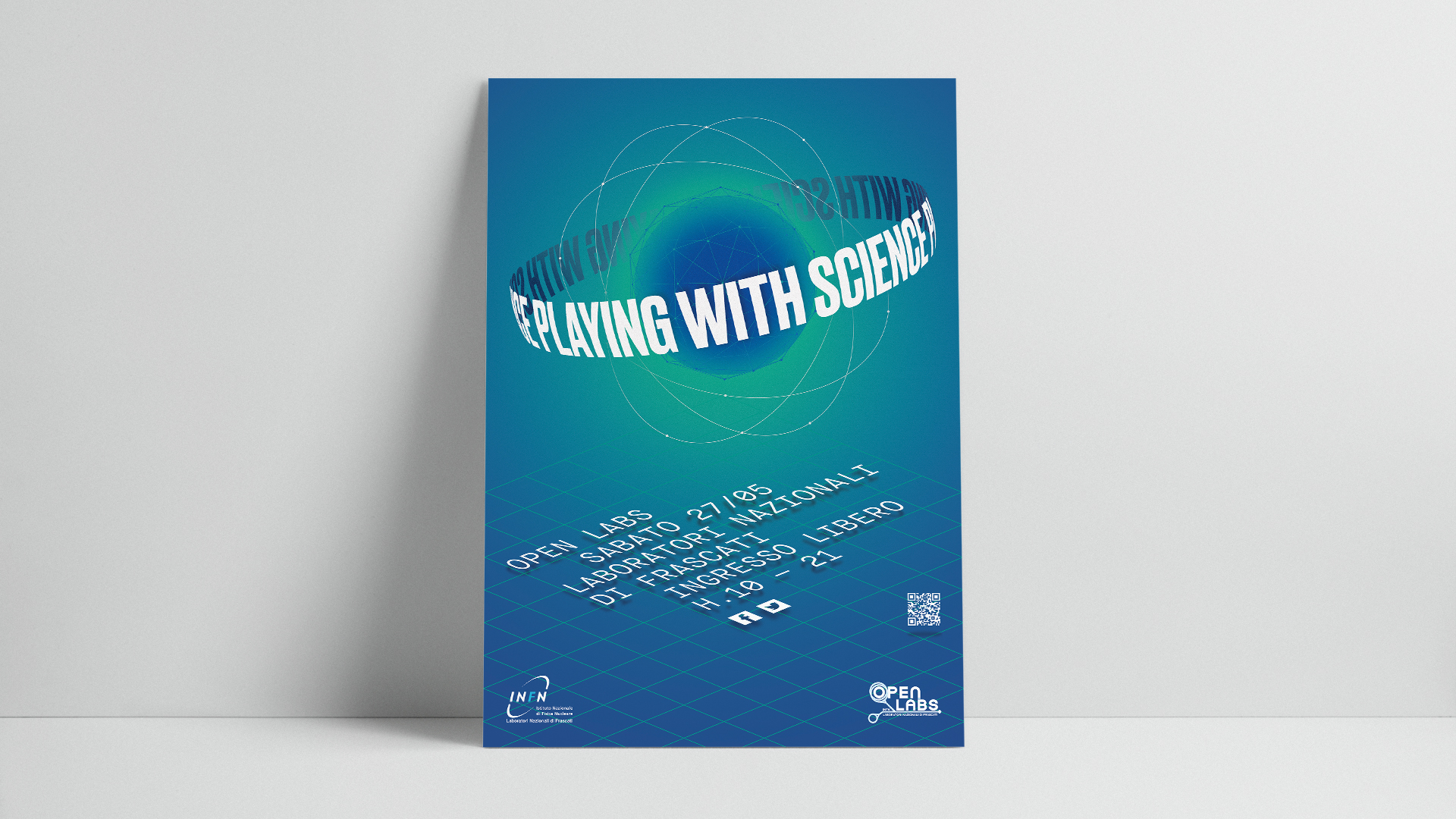 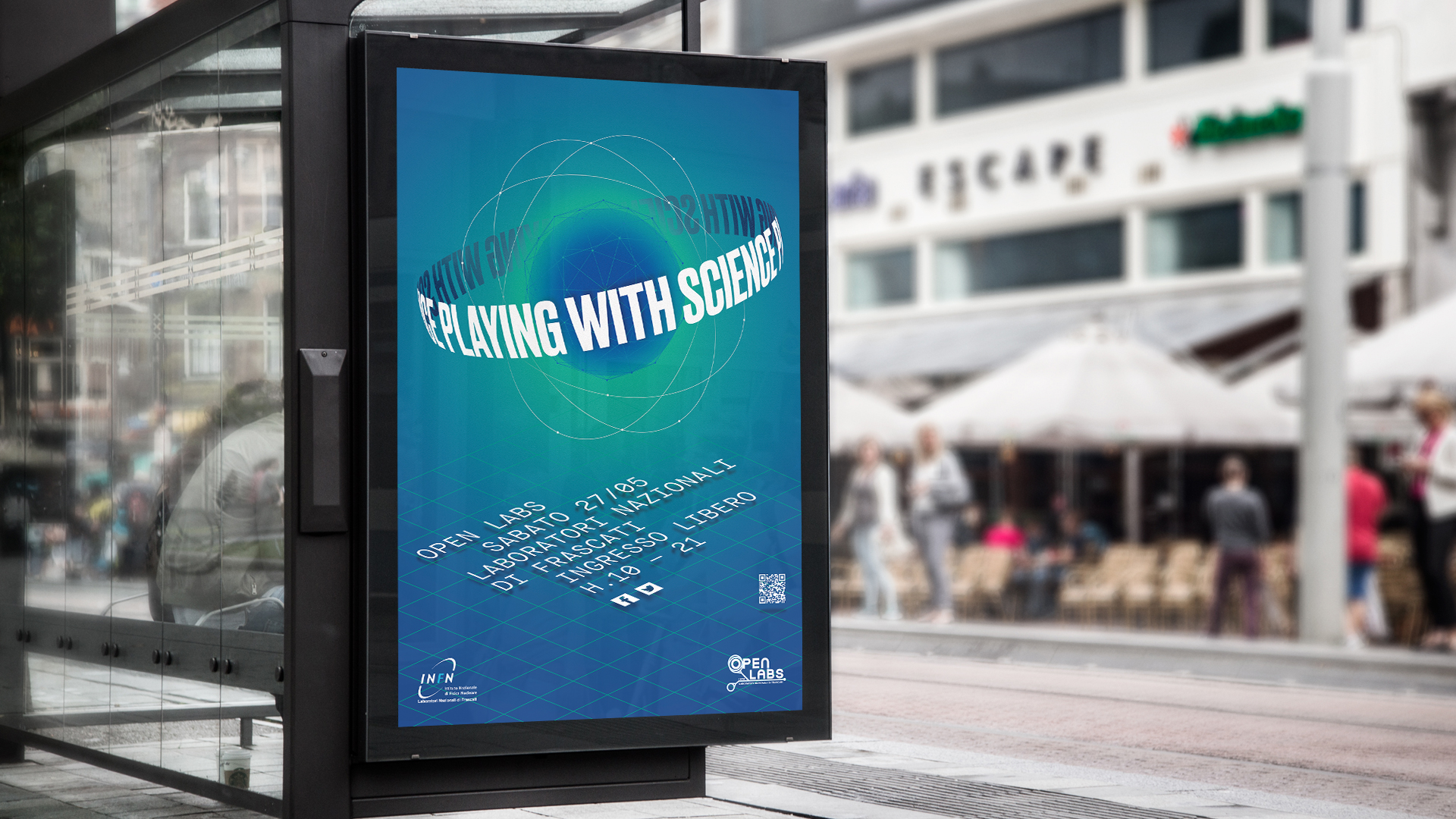 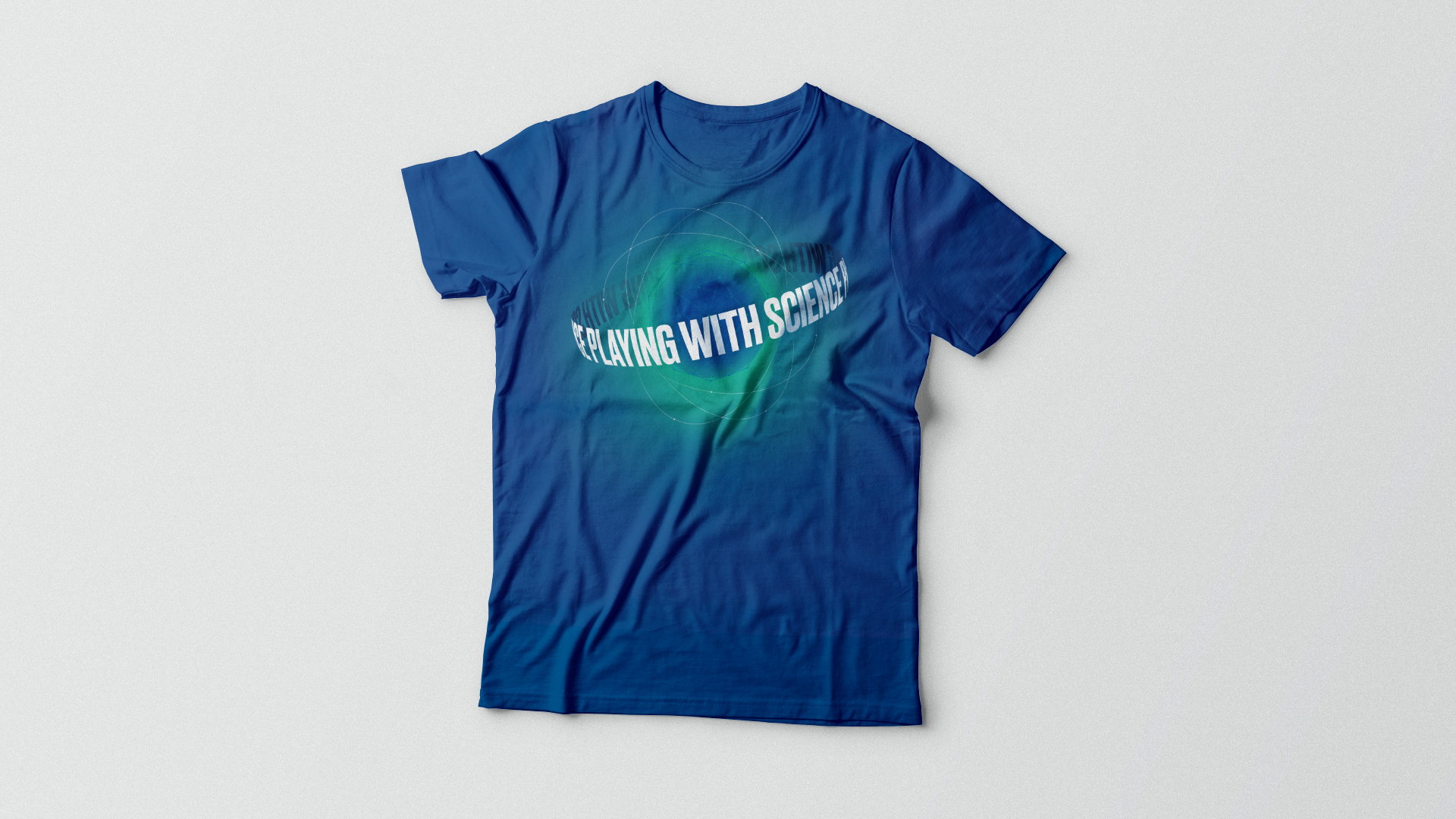